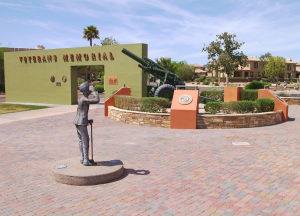 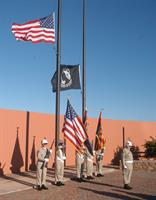 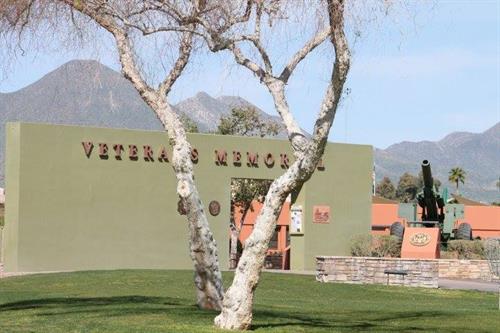 Each year, the last Monday of May is set aside as a day to honor our military heroes. Originally known as Decoration Day, this annual observance will commemorate those who died while on active duty, particularly those who died in wartime.  As is traditional, there will be a ceremony at 9 a.m. at the Fountain Hills Veterans Memorial (located at 17200 N El Lago Blvd) on Monday, May 25, Memorial Day.  What will be different this year is that public attendance is not invited and instead the ceremony will be broadcast using Facebook Live to the Fountain Hills Chamber of Commerce’s Facebook page. After the ceremony, a video will be on the Town of Fountain Hills' website, the Fountain Hills Times' website and VFW Post  7507's website and Facebook page.

Please plan to join the Fountain Hills community at 9 am on Monday, May 25 by viewing the Chamber’s Facebook page for a very short but moving ceremony, without a keynote speaker, honoring those that have made the greatest sacrifice. The abbreviated ceremony will consist of an Invocation, Posting of the Colors, Pledge of Allegiance, National Anthem, Laying of Wreath, Taps and Retrieval of the Colors. No speeches.

All Memorial Day ceremonies at the Fountain Hills Veterans Memorial honor the sacrifices of our Armed Forces members who died serving our country to protect our American Freedoms.  Traditionally the ceremony has been a joint effort of all four Veterans Service Organizations in Fountain Hills (VFW, American Legion, Marine Corps League Detachment and AmVets) with large attendance.  This year's ceremony is led by VFW Post, 7507, but because of the public health crisis caused by the Coronavirus the public is asked to stay away.  In fact, the Town does not allow gatherings of over 10 people.  There will be no seating or standing within the Veterans Memorial except by actual participants (and media, if present). 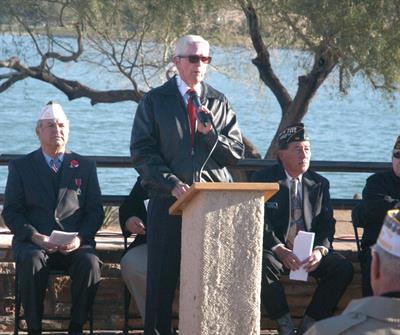 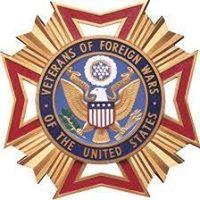 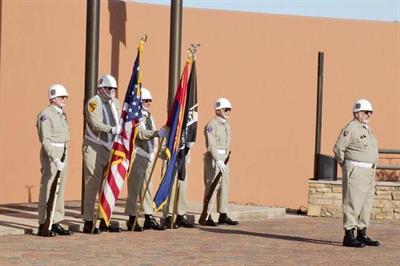 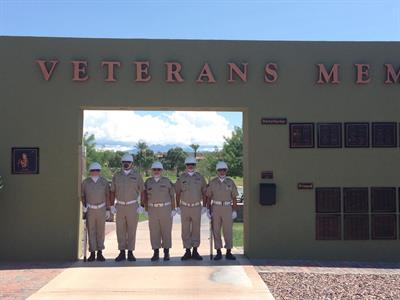 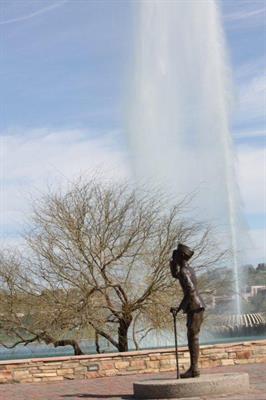